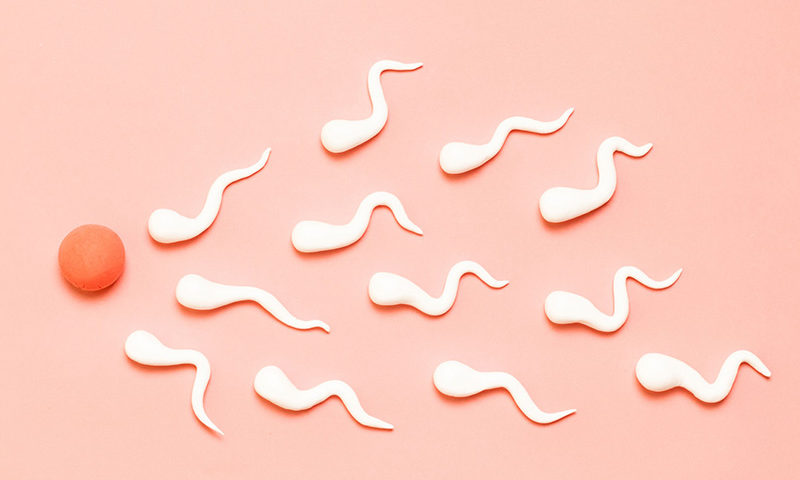 “She said she’d be babysitting our embryo”: What’s it like to carry a child for a friend?

Surrogacy between friends can be life-changing. The people who have done it talk emotions, legal hurdles – and WhatsApp birthing groups. In a flat in north-east London, Abi is cradling her best friend’s baby. At 15 weeks old, the little boy is smiling up at her, testing out his first sounds. His mother, Rachel, prepares his bottle while Abi rocks him, showing all the love she would to any of her friends’ children. The only difference is that Abi gave birth to him.

Abi and Rachel, both 35, met on their first day at university in Birmingham in 2003 and rarely left one another’s side. At 16, Rachel had been diagnosed with MRKH, a congenital condition meaning her uterus was undeveloped. Although she produced eggs, she would never be able to carry children, something she kept to herself. “I’d tell people I didn’t want kids but deep down I was insanely jealous,” says Rachel, who works as an events producer in London. “I wanted them so badly but assumed I’d never have my own, so I learned to live with it.” After meeting her boyfriend, Sam, at a warehouse party on the eve of 2014, she avoided the “family” chat for two years before confiding in him. “We continued our relationship knowing kids may or may not happen,” she says.

A weekend stay at Abi’s home, in November 2017, bringing together five friends, their partners and kids, presented an opportunity to open up to them, too. Abi, a mother to three boys, remembers: “My partner, Rich, was cooking a curry, the kids were asleep and we were sitting around the kitchen table. Everyone spilled something personal. When Rachel told us about her condition, I knew, in my gut, that I would help her to have a child.”

Rachel and Sam had explored IVF, surrogacy and adoption, but had dismissed using agencies, which can be vastly oversubscribed, with waits of up to two years to find a match. “It felt too impersonal; too life-changing somehow,” she says. Her younger sister had yet to start her own family; had she already had children, Rachel might have asked her to be a surrogate.

Abi and Rich, meanwhile, “spent Christmas contemplating what being a surrogate would mean for everyone. We had been so lucky, yet one of the people I love most hadn’t,” she says. “I hate this phrase but it was a no-brainer.”

She called Rachel in the New Year and told her to sit down before offering to carry her baby. Rachel remembers: “She said it would be like ‘babysitting’ our embryo and that term stuck. She’d made up her mind, and that blew me away. I hadn’t told my friends expecting one of them to be the answer. When Abi offered, it felt, for the first time, as if having a child was a very real possibility.”

In the UK, the number of children born by surrogate is up to 10 times higher than it was a decade ago, according to the Law Commission, which recently consulted on modernizing the process to better support parents, surrogate and child. While US states such as California have commercialized the arrangement, with surrogates earning well in excess of $50,000 (£38,300), it is illegal to pay someone for acting as a surrogate in the UK, meaning the process relies on the altruism of strangers recruited through an agency, or loved ones. It is not routinely available on the NHS, and the private medical costs are typically up to £16,000. “Known” surrogacy – between friends or relatives – is still rare: at Care, the UK’s largest private fertility group, they accounted for 10% of more than 100 surrogacy cycles at their clinics last year.

Surrogacy is a delicate arrangement with high stakes. Pregnancy and childbirth can be grueling, and present health risks, while the unknown territory of handing over a baby you have carried – or parenting the child you have not – presents added fears over bonding or changes of heart, albeit rare.

When there is an existing friendship at the arrangement’s heart, the stakes can feel higher still, for both the surrogate carrying a longed-for child and parents asking such as sacrifice of someone they care for, typically with a family themselves to consider. (Medics and lawyers advice against surrogacy until women have completed their own families, citing concerns about reproductive health and fears that it would be harder for them to give up the baby.) Not surprisingly, the friendships that underpin these arrangements are life-changing.

Abi, Rachel and Sam embarked on medical appointments at a London fertility clinic. The friends were invited for counselling and asked to consider everything from how they would feel if Abi backed out, to how she would feel if she gave birth to a girl, after three sons. They set up a WhatsApp group. “We left Rich off that,” Abi says. “I’ll talk about body parts and womb washing till the cows come home but he saw his role as keeping things normal – remaining practical and pragmatic in a hyper-emotional situation.” They told their families, including Abi’s boys – four, three and nine months at the time. “We always talked about ‘Rachel and Sam’s baby’. We said, ‘Rachel’s womb doesn’t work but Mummy’s does, so we’re going to look after a baby for them.’”

After initially being refused any NHS fertility treatment that would lead to surrogacy, Rachel successfully lobbied her local commissioning group for a single round of IVF, in May 2018, allowing her eggs to be extracted for fertilization by Sam’s sperm, creating a viable embryo. It would later be placed in Abi’s uterus at a private clinic, using money Rachel’s parents had saved for her wedding. “Surrogacy is still seen as something you do if you’ve got money rather than through biological need,” Rachel says.

Abi was given estrogen and progesterone, and the embryo was transferred, via catheter, in a simple, minutes-long procedure, on 2 October. “From that moment, it was out of my control,” Rachel says. “I felt like I was holding my breath.”

When Abi took a pregnancy test, at 7am on a Saturday morning nearly a fortnight later, Rachel and Sam were in bed, on the end of the phone. “When she sent through a picture of the positive test, we were in total shock; it was extremely emotional. We didn’t know how to get on with our day other than staring at that picture.” They remained in daily contact and Rachel travelled the 150 miles to Abi’s home for midwife appointments and scans, as well as attending antenatal classes, along with Rich. “In hindsight, the distance was a good thing,” Rachel says. “If we were round the corner, I’d have been posting steak through her letterbox.”

They had to consider how to announce the pregnancy. Rachel would say: “We’re expecting a baby, but I’m not pregnant. My friend is carrying our baby.” Abi, who works in public engagement at the BBC, recalls: “Everyone’s mouths dropped at work. My mum asked, ‘Why you?’ But they all thought it was amazing.”

When it came to maternity leave, Abi was entitled to a year, but took six weeks, while Rachel was entitled to a year’s adoption leave. Outdated surrogacy laws require that Abi’s name is on the birth certificate alongside Sam’s; had Abi and Rich been married, he would have been named as the father. They also recognize Abi as the mother until Rachel obtains the court order granting her legal parental status. Seven months on, she is still waiting. “The fact that on paper he’s still not my son is upsetting,” she says, “but I can’t dwell on it. It’s a process, so we treat it that way.”

Many surrogacy pairings put an agreement in place. Although not legally binding – it is illegal for solicitors to negotiate one – it helps mitigate against concerns over all aspects of the pregnancy, from supplements to who first holds the baby. Rachel and Abi decided against it. “If Abi had changed her mind on anything, we all would have,” Rachel says.

Surrogates can receive reasonable expenses, such as extra food, travel, childcare or housekeeping costs, and Rachel and Sam gave Abi a cash card. “It’s the trickiest part because no expenses can repay her,” Rachel says. “She was militant about not asking for too much, but I wanted her to have a meal on us because she had our son with her.”

The baby was born on 8 June 2019. Rachel and Sam drove Abi to the hospital and witnessed the birth. “I could hardly believe it was real,” says Rachel, who fainted as he was delivered into her arms. The couple spent the first two nights after his birth in hospital, down the corridor from Abi.

“Rich was working late and arrived to find us all in the room together and the baby just minutes old,” Abi says. “He stayed for the placenta delivery, had some tea and toast and went home to be there for our boys in the morning. I don’t think the scale of what we’ve done will hit us for a long time. I’m relieved at how normal it feels when I see the baby. Rachel was so generous with her trust in me.”

Rachel adds: “Abi put herself mentally and physically through the most selfless act for me, to make us a family. She gave up a huge part of her life during those months to change ours forever. I couldn’t handle what I was putting her through at times but she’d always say: ‘You’re not putting me through this, I’ve chosen to do it.’ If I ever asked why, she would say: ‘Well, I can’t think why not.’”

Back in north-east London, Rachel and Abi echo the sentiment. As the baby goes down for his nap, the friends leaf through a photo book of their pregnancy, created for their children. “I can’t wait for my son to know how many people brought him into the world,” Rachel says. “It’s the biggest act of kindness imaginable; I can never thank her enough.”

Abi smiles. “But you don’t need to thank me,” she says, “because it just feels entirely normal. We were going to be friends for the rest of our lives anyway; it’s just cemented our bond.” 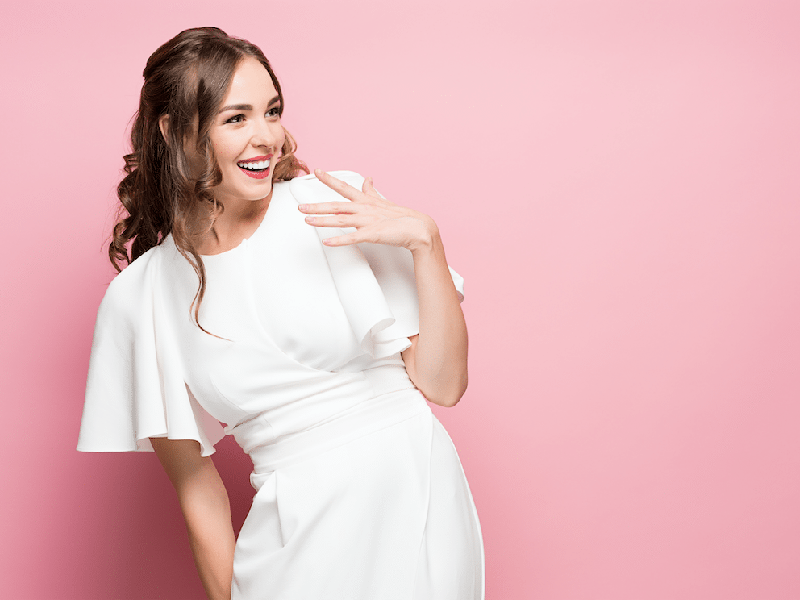 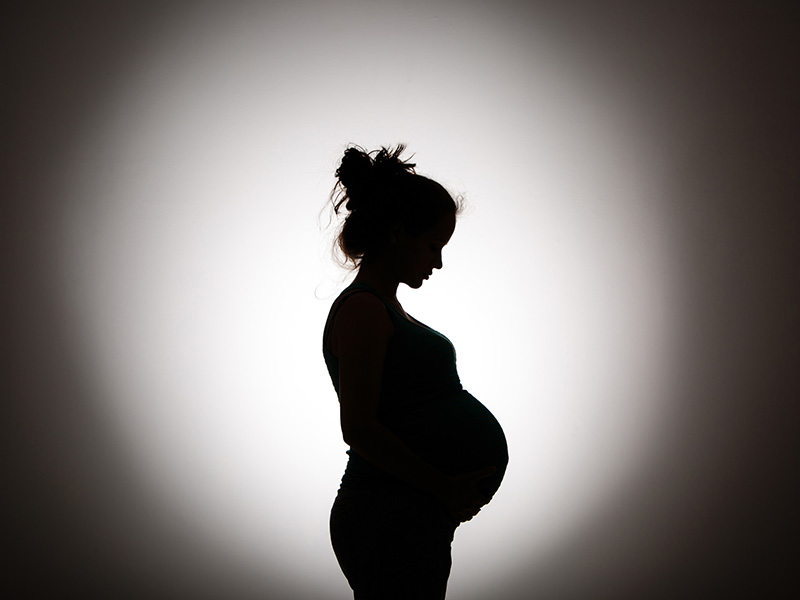 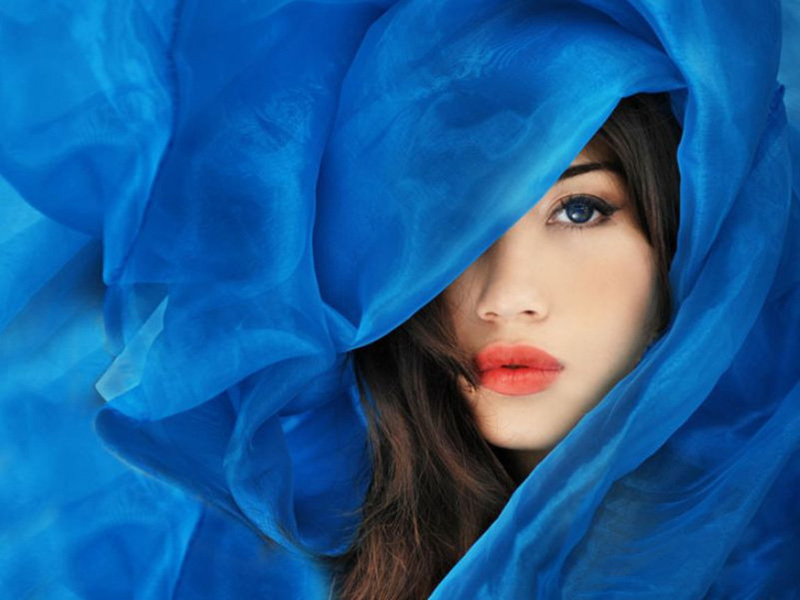